Its No Laughing Matter

Its No Laughing Matter

You’ve probably seen all the recent media storm (for example, Sorry – but Jimmy Carr isn’t funny and genocide’s no joke | Evening Standard) about Jimmy Carr’s ‘joke’ on his Netflix show that the Holocaust Romani and Sinti genocide is ignored, because people don’t “focus on the positives”. It was good for once to see so many people condemning this and coming out so strongly in support of Gypsy, Roma and Traveller communities. This wasn’t just charities working with these communities but included the Prime Minister, MPs, councils and comedy venues.

So what can you do to support Gypsy, Roma and Traveller communities around this incident? The Traveller Movement have set up a petition to send Netflix, who broadcast the Jimmy Carr show, the message that the Holocaust is not a laughing matter and Gypsy, Roma, and Traveller communities are not legitimate targets. You can sign here: https://bit.ly/3I4EjZr – at the time this was written almost 20,000 people had. STAG agrees with the Traveller Movement in appreciating that “comedy is subjective but when punchlines are indistinguishable from the genuinely-held views of fascists and Neo-Nazis, a line has very clearly been crossed”.

STAG, with over 40 other equality and education charities supported a letter written by Friends, Families & Travellers and the Roma Support Group asking Nadhim Zahawi, Secretary of State for Education to ensure that Roma and Sinti experiences during the Holocaust are included on the national curriculum. The letter argues that although public condemnation of the comments is important, the incident has highlighted the pressing need for teaching about the genocide of Roma in the Holocaust to be mandatory on the schools’ curriculum.

Over 500,000 Roma and Sinti people were murdered, tortured, starved, subjected to forced labour and medical experimentation under the Nazi regime but YouGov research in 2019 found that 55% of British adults did not know this. Jimmy Carr has highlighted the widespread ignorance that exists with regard to non-Jewish victims of the Holocaust, but it was nevertheless crass for him to claim his ‘joke’ therefore had an “educational quality”. If he really thought this, he should strongly support and publicise our call for schools to teach more on the subject.

Write to your MP

Friends, Families and Travellers have set up a simple online way to write to your MP calling for the inclusion of the mass murder of Roma and Sinti people during the Holocaust on the national curriculum. It will only take a couple of minutes of your time using their template text, but if you have longer, MPs are more likely to listen if you can personalise what you write.

It would be nice to think that the widespread disgust at Carr’s comments show that public attitudes are changing and Gypsies, Roma and Travellers are more widely accepted and recognised as a protected group, that suffers huge levels of discrimination. Research from the Equality and Human Rights Commission in 2018, found that 44% of the general population surveyed expressed openly negative attitudes towards Gypsy, Roma and Traveller communities, more than any other protected characteristic group. Let’s hope the reaction to Carr’s “joke” shows the beginnings of a change in such opinions about our communities and results in positive and more inclusive teaching in schools about the Holocaust. 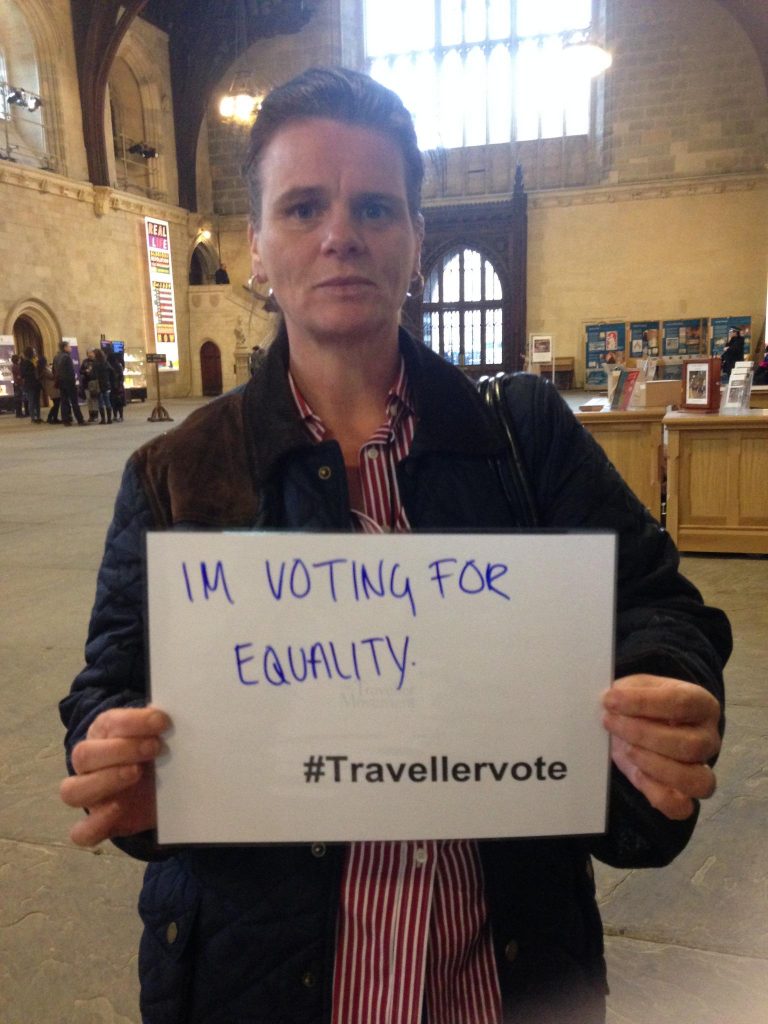